hey guys whats the best/ur fav ph test kit? give link with detail as to why thx :)

where do lfs get there fish ?

Is it mainly fish farms and the wild. Im interested in starting my own store when i get out of the army .

Whats a good hardy fish that you can keep in a pond all year round execpt goldfish/koi. Im moving to arizona so winter shouldnt be too cold.

I have noticed that my filters output is a little strong for my 10 gallon tank. My corries dont seem to like the bottom current and my neons avoid the area of the tank where the filter is. My current filter is a tetra wisper 10i internal power filter, and I am looking for an afordable and good quality replacement that does not produce a big current from the return. What do you recomend?

I just bought a crypt plug plant for my aquarium and it was just labeled crypt plug what is this plant?

got a bunch of new plants from Aquatic Scapes.plants@freshwateraquariumplants.com  may i say there a great site to get packages or singles plants from.  now just have to wait for the plants to grow up a bit.

Does anyone know where i can get a light fixture that wont cost an arm and leg??? Im trying to put at least 2wpg in this tank...

I am ordering a ADA fish tank, and I am really excited about it, but i just have a few minor questions for you fish tank people. Because i am new to this, I assume you all know a little bit more about what's out there:

Does the VUPPA-I filter also aerate the water?-- or do I need an air stone.

What kind of air stone do you recommend? (looking for something that can go in the substrate and be completely hidden,

What kind of air pump do you recommend? (something with the…

so one of my yoyo loaches jumped out . when i picked it up off the ground i felt a sharp pain to my finger, i had no clue that these things had dagar like barbs that retract out infront of its pectoral fins...

can someone tell me why plecos like rocks? or is it just mine cuz if you look at my pictures i have giant rocks in my tank and thats all my pleco likes.... my entire tank can be covered in algae but as long as the rocks are shiny clean he is happy and he dosent eat algae tabs or veggies... such 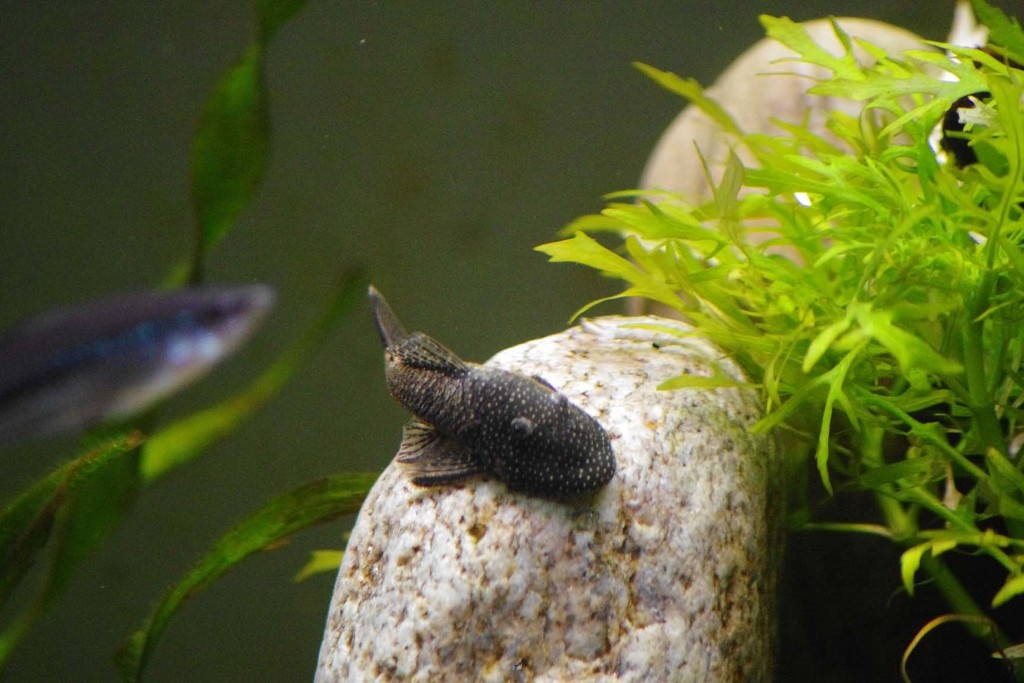 I make home made Co2 reactors out of PVC, bio balls, and filter sponge.  Drop me a shout if interested.

Not Getting any ALGAE!!

Ok, so i've had my tank for about 1 month or two, and after i got my plants in, and started surfing the web for answers to my many questions, i realized that i was getting NO algae!!!!!!!!!  so i got really worried and went to the pet store, and i got some tetra pellets, and i figured it would help because with my corys and plecos, it would give them algae to feed on, but its been weeks and ive been putting a whole bunch of pellets, but no algae has been growing!!!. a few days a go i noticed…

My Java moss... it prob wasent good letting is sit in a box for a week wile it got shipped but now its starting to get all nice and green again this is just a big pi ece i tied to a a rock

i think it likes my gravel mixture I've recently been checking my PH, due to the death of my passed gold fish,, and so when i started getting into the whole complicated fish keeping i started testing it once week, and i've had to add some sort of chemical to lower the PH. And my PH has never been lower than 7.4, and i want it to be at 7.0.. It goes back up to 7.7 every week and i've had enough!!! please help! i don't know what to do..

This spam is fucking rediculous

I got two of em. They were both yellow when i got them but one

is starting to turn black! Hopefully i got a breeding pair here:)