Hello I breed all kinds of african cichlids. I only breed the best all wild caught so all my babies F1. I am an importer too i can get all kinds of groups big males or just females any fish that you can not find any where else only the best i have more high end dollar fish like trophies or high dollar peacocks and i also carry more cheaper lower quality for people that want a nice fish but don't have the money i have 58 fish tanks so i have all you can think of i am very knowledjable…

so im thinking after most of my fish die i want to try something different and get some neon's and black neons cory cats some sort of shrimp and a couple sunburst platys ? is that a good setup for a planted tank ?

i just started my planted fish tank setup my plant not doin good ....any reason y......

curious to know what everybody uses to test their water, and what do you test for most frequently ???

What is going on?

ok what is going on, why are so many people angry about fishtank tv? everyone seems to be bitching about spamming? idk i haven't really been paying much attention could someone fill me in? thx

so i got some java moss from ebay when i got it it was rather flat and some parts were brown and tan color most were grean so im going to try an get the moss to grow again hopeful its not dead, how long does java moss take to gro? or to start growing roughly

so if any of you guys have any please comment below:)

I'm Sick and Tired of This Site

The website is fine and informative, it's just the spam! I'm getting really frustrated with this,so I'm starting a petition! Everyone and anyone needs to like this, so that way we can bring this to Dustin's attention! I realize Dustin is trying but it doesn't seem to be helping. So, with your guys help we can make a petition to allow certain people to be banned from Fish Tank Tv. I realize that this would be gigantic and a HUGE reponsability, but something must be done to stop spam on forums… Continue

Moving of the Plants !?

I am moving. 2 hours away is my new house. Has anyone moved with fish and plants? How did you do it, or what would you do?

I went out and got a big cooler to help keep the fish's temp form changing to fast. My plan is to put most my fish into a 2.5 gallon in the cooler for the 2 hour car ride. Using another 2.5 gallon for my angles, that will fit in the same cooler.

Should I pull the plants? or should I drain almost all the water in my tanks till it is about gravel level and…

hi how do i edit my profil details? I have decreased the population of my snails, my amazon swords are growing like crazy, and my BBA has decressed. I now have 8 babie guppies, I will post pics soon. Thank you everyone for The help:-)

My fluval 205 started leaking today on my 26 gallon bowfront. So I Took all the media and just placed then in the tank. The seal went bad, I just ordered a new one today. I'm not going to have the filter run while it leaks because I rent and don't want to be responsible for any damage. But the question I want to ask is, if I add a power head (200gph) and a whisper 5-15, will that provide enough filtration/water movement until my new seal comes in. The tank only has on mid-size Anubis and no… Continue

Yesterday I finally did it, added a DIY Co2 system. I used a 1.8L Ozarks bottle filled 3/4 full of water, 2 cups of sugar, 1/4 Teaspoon of yeast and 1/2 teaspoon of backing soda. I dialed the bps to 1 - 1.5. Instead of running a diffuser, I just plumed the Co2 to the filter. We will see how she goes. I thought I had done something wrong seems how I was not getting enough pressure in the bottle to get the Co2 into the tank. Then I realized all I needed to do was give the bottle a little…

So i got a new tank 30x12x19 and i currently have a 20" PC coralife 96 watt 6700k light on my 10gal ya i know over kill for such a small tank lol but what i want to know is will this be sufficient for the new tank?
By the way the new tank will be dirtted as far as plant not to sure was thinking of dwarf hair grass or dwarf baby tears for the entire tank like i said im not to sure yet.
Thanks for the help in advance

I ordered a crap load of plants today!

My tanks gonna be sweet :) how long will it take to get them?

Angels with Duckweed and Snails

So I went to the my LPS and picked up some supplies along with a hand full of duckweed, snails, Ghost Shrimp and four Chinese Algae eaters. My algae was getting a bit out of control so I need to add a clean up crew and a new bulb. I decided to roll with a new Aqueon 30", 3 bay led hood instead of buying a new bulb. 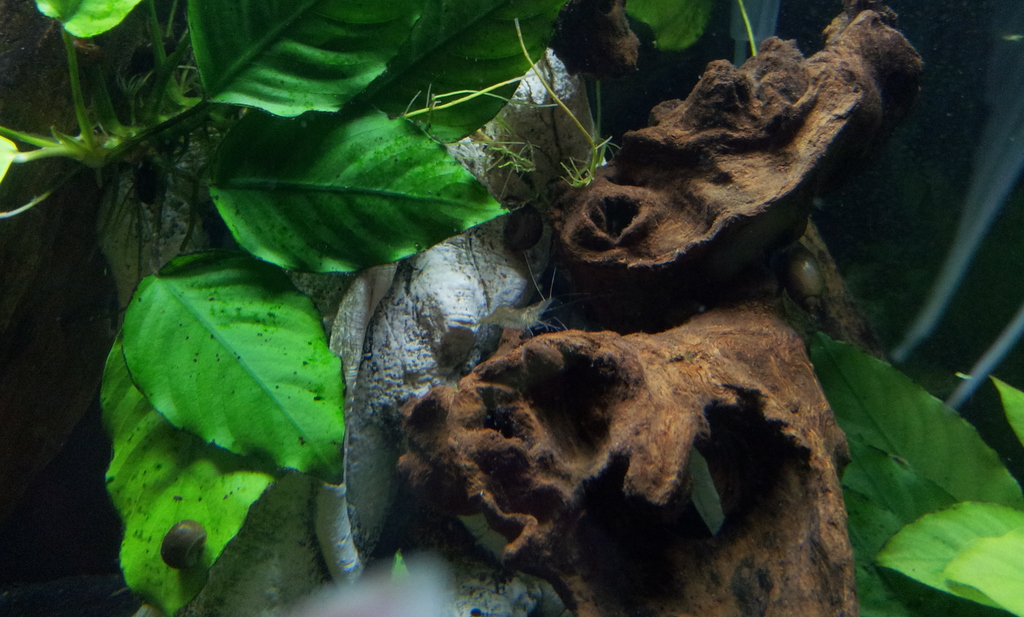 It turns out Angel fish sure do like Duckweed!!! They nibble… Thanks for the help…