I'm wondering what I should include in my video which will feature the new LED fixture I bought on 6-24-2014.  If you have any ideas that you'd like me to consider, let me know below.

heres the fixture I bought

this fixture with "full spectrum" lighting is usually used for coral, but it will be good enough for planted tanks.  Also I prefer less green color in my tank so this is good for me. Given that i can vary intensities of blue channel to the mixed color LEDs  I can tailor the color.

This fixture does not include additional optics due to my desire to want 120 - 130 degree spread of light.  This one fixture will light my 50 gallon tank.  Dimensions of rectangular aquascaping portion of the tank is 35.5" x 10.125" x 19 " (L x W x H)  Due to substrate height 19" will be 17" giving my tank 26.45 gal to scape; however, there are two triangular prism volumes which equates to 2.14 gal for a grand total of scapeing volume of 28.59 gal.  SeaClear System II is labeled as 50 gallons.  Outer dimensions actually give 46 gal.  Inner dimensions give 42 gal.  Labeling is absurd in marketing.  I recommend to stick to standard glass tanks.

If i can borrow or rent a par meter Ill also do par measurements outside and inside a tank.

Ill include dimensions of the tank somtime tonight or tomorrow given that I'm at Google I/O extended event.

Gareth gave me this link to check out

List the plant species you will be using as well as others that this fixture will work with.

Based on calculations I would assume this particular fixture would work over any 3 gallon to 75 gallon that would  accommodate its spread.  normally we get fixtures to accommodate the tank so I would be working backward.  Ill try and see which standard tanks this will work on.

pardon me I meant 30 gallon

whats great now is that post is from 2009.  there are so many changes in pricing now that I was able to purchase my fixture for 82 dollars.  So many people can purchase one of these.

Alright before im going to bed Ill do a lil update.  I did an unboxing video, initial  plug and play test video, and some measurements which i simply took pictures of since I did the temperature measurements over the course of 1 hour.

I did not do readings at 50% light output since color temperatures may be greater than 500 K color temp lower.  Instead I tested at 75% and 100% according to the potentiometer markings.

Also to note the fans DO NOT  turn on untill 50% pot markings.  Very stupid to do.  However the lights do turn on at 10% pot marking.

Now for the some running temp info

I ran tests in my bedroom which is usually the warmest room in the apartment. My ambient room temperature was 74.4F degrees for the 75% readings over 30 mins. 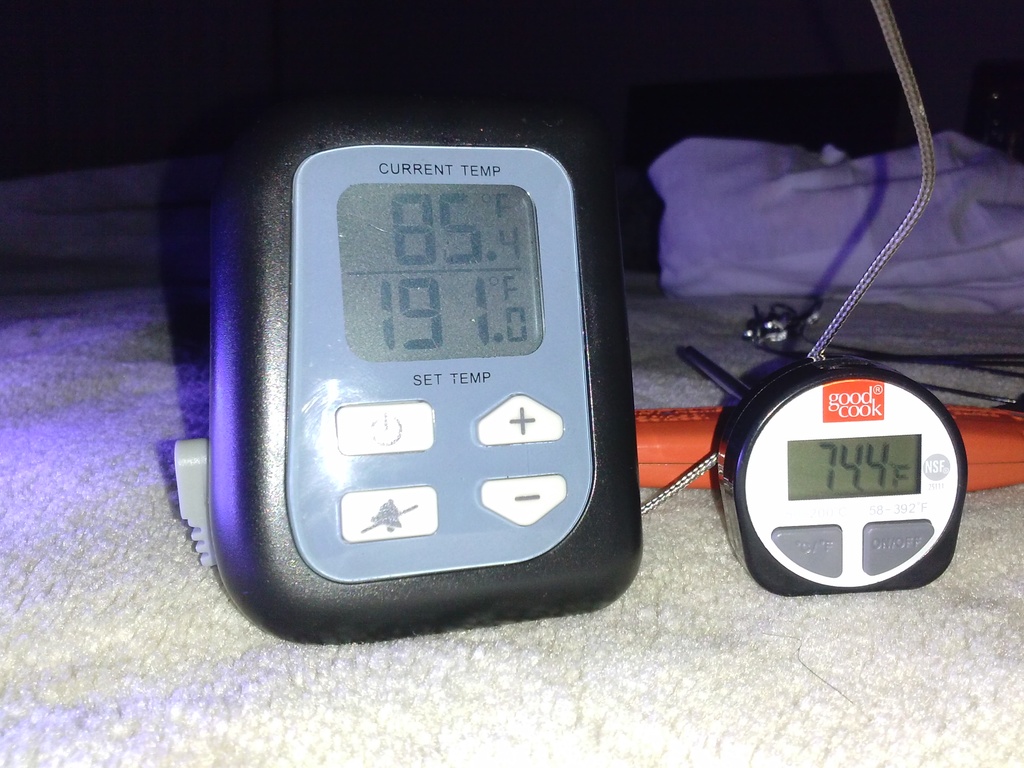 At 100% pot markings I had an ambient temp of 75.1F and fixture heatsink temp of  95.5F after 30 mins of measurement.  The fluctuations in ambient temp were about 0.2 F and and heat sink temp stayed constant, therefore my thermocouple didn't see variations over 0.1F With a 20.4 temp increase from ambient this is also acceptable for inside the apartment; however, I am not as confident using this fixture outside given Northern California's temperature swings.  The operating temperature range for this fixture is reported by the seller as -20 to 40 C  Id be better off in winter or mountains of California

Ill do more measurements for temperature but for outside once i have a working suspension system over the 50 gallon tank.  (also dimensions for the tank will be posted later when I have time) 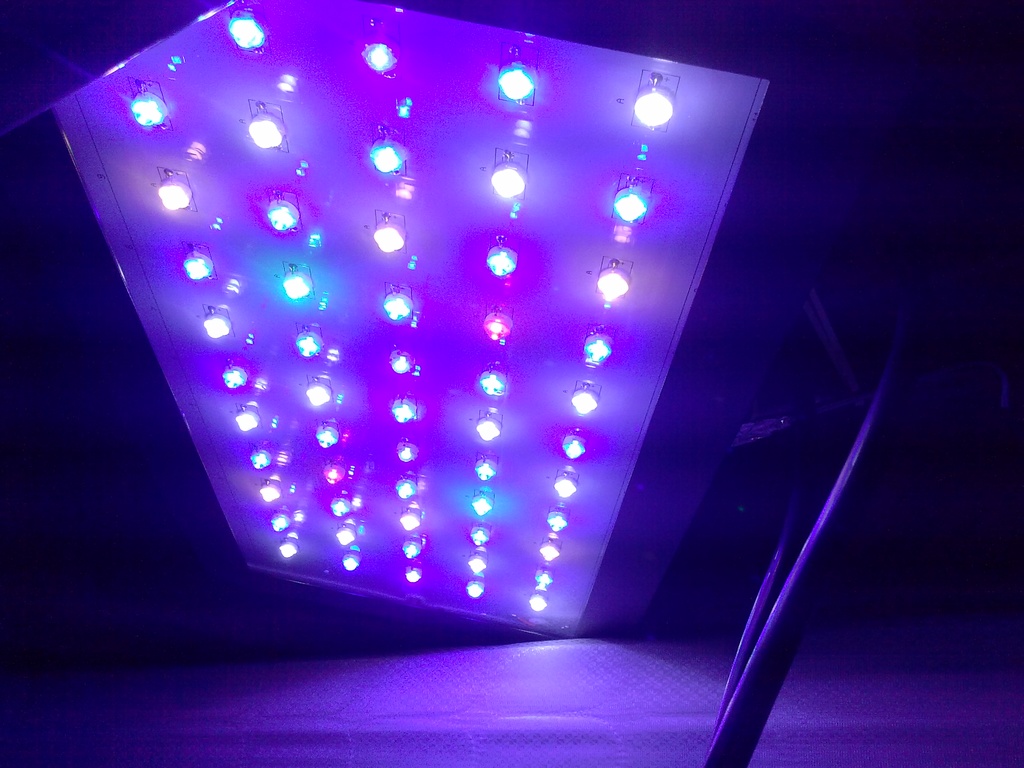 So i did a test outside and its 92.3 F outside in the shade, and the heatsink on the LED is 102.3.  If it the temps outside get any hotter then i technically shouldnt use it oustside since running temp is 105F max