ideas for stocking a ten gallon

now that i got my tank planted with a few of the plants i want . which include  bleheri, water primrose,  dracaena, spathiphyllum, ophiopogon, trihomanes,syngonium, and some cardinal plant that im trying to get to carpet which is starting to carpet really really fast under extremely low light . the swords are starting to melt a bit thinking about dosing some flourish excel to help out the co2 part of it and some root tabs also  something to help leaf regrowth and i know my lighting is really… 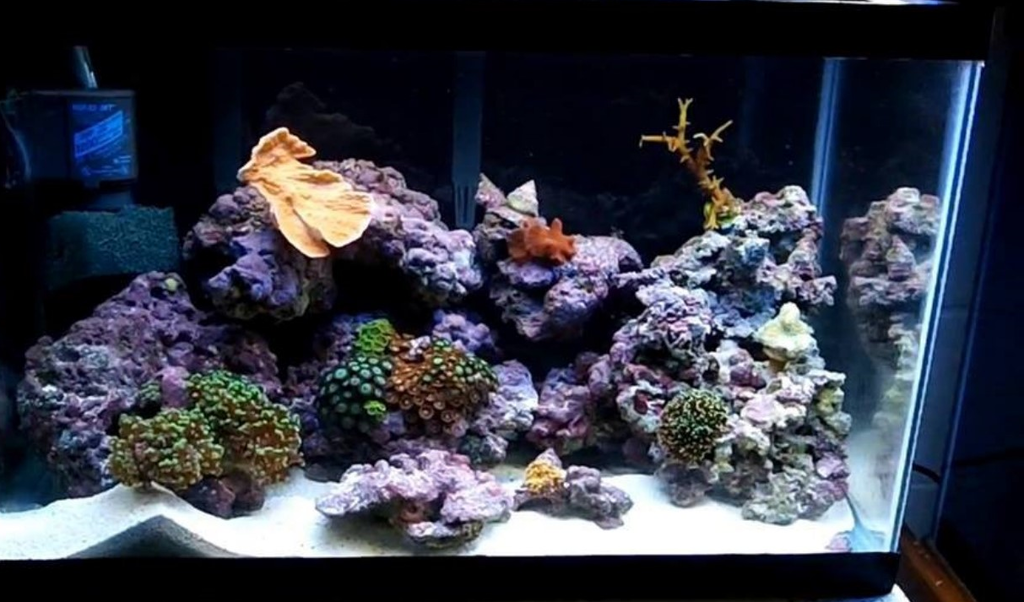 This guy has an awesome little aquarium.  I can't believe it's only 10 gallons.  I don't know very much about saltwater aquariums, but I was wondering how do you get purple algae? Is it the lighting?  Do you have to buy live rock that already has it on it? I'm wondering... if you do have to buy it special, if you…

5 weeks into the new dirt tank and I couldn't be happier. I Have a 30g with only substrate and now a 30 tall with dirt. The dirt is allowing faster growth and bright colors. I like a low tech low maintenance tank, so with the dirt giving of the proper nutrients for a few months, it helps.

We all buy algae eater? But we all fail to see the best in most fishes. I spend so much money trying to fine the best algae eater and today I would like to tell you all about it. I got two white mollies in a 55 gal with brown algae, green algae, and black beard algae. Two weeks after I got the mollies all the algae on one half of the tank is all gone. From the plants and from the ground. I have to give it to the mollies for algae eating hands down.

So two weeks ago I dirted my 75 gallon. Did the whole drain and fill 6 times, followed by two extra 50 percent water changes. Into week two I still get ice tea water two or three days after a water change. Any idea how long this last? I have drift wood almost a year old now and planted on. How long does new growth start showing significantly? My water wisteria complety rotted black, wtf? Ummm my crypts doing amazing,…

I have a 10 gallon tank with 2 aqueon 10 filters going and I have a honey gourami,male platy, and a male guppy I was thinking about about putting more livebearers in there but I need some stocking suggestions and no females I don't want babies!!!

Alright the next project that I'm in progress with now is a 20 high. So far I'm planing on a pool filter sand substrate with driftwood and schooling fish just because I like the schools better than single fish.

The questions I have for everyone is what type of plants?? And fish would look good in this tank??

Hi my names Malek I'm from Texas. Umm currently I have 3 tanks soon to be a 4th. I have a thirteen high. With Java moss, java fern, Anubius nana, water wisteria, dwarf baby tears, 5 harlequin rasboras, 2 rummy nose tetras, and an Otocinclus. I also have a 5.5 gallon Betta tank with a male betta. The bigger tank I have is a 36 gallon turtle tank.