Since plants covert CO2 into O2 when the lights are on and photosynthesis is taking place and at night time when the lights are of they revert to using O2 and produce CO2, it makes sense to turn off the CO2 at night and add O2 which is what my plants and fish need. yesterday it clicked so i decided to just that. i use my power head as defuser for my CO2 (it creates alot of bubbles and particles in the water, but hey it serves a practical purpose)  it came with airline tubing and a adjustable…

Check out my channel :)

The Value of a Photograph 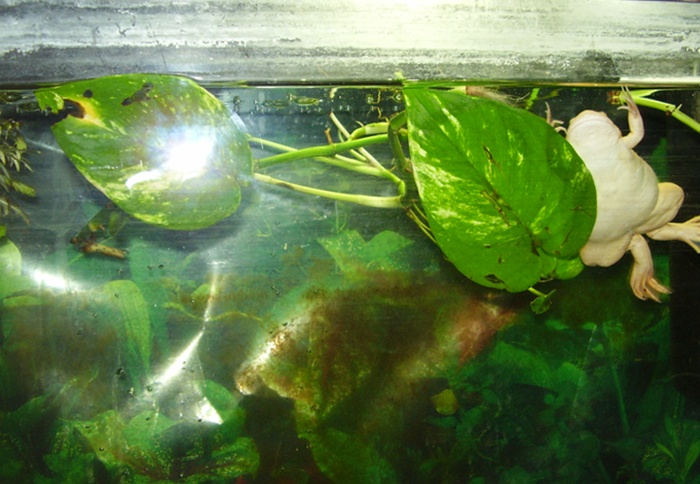 I look at my tanks day in and day out. My head is constantly in the tanks checking fins, checking webbed feet and scaleless bodies, but sometimes I miss things. Those things get picked up by the camera and let me know that I may need to do more than a head count and body check. I may need to do more cleaning of rocks and the sides of the tanks.

has no sound so just play ur own background music while u watch.   not my vid but really helpful

Got some new plants :)

I got some hornwort. And some ludwigia repens. 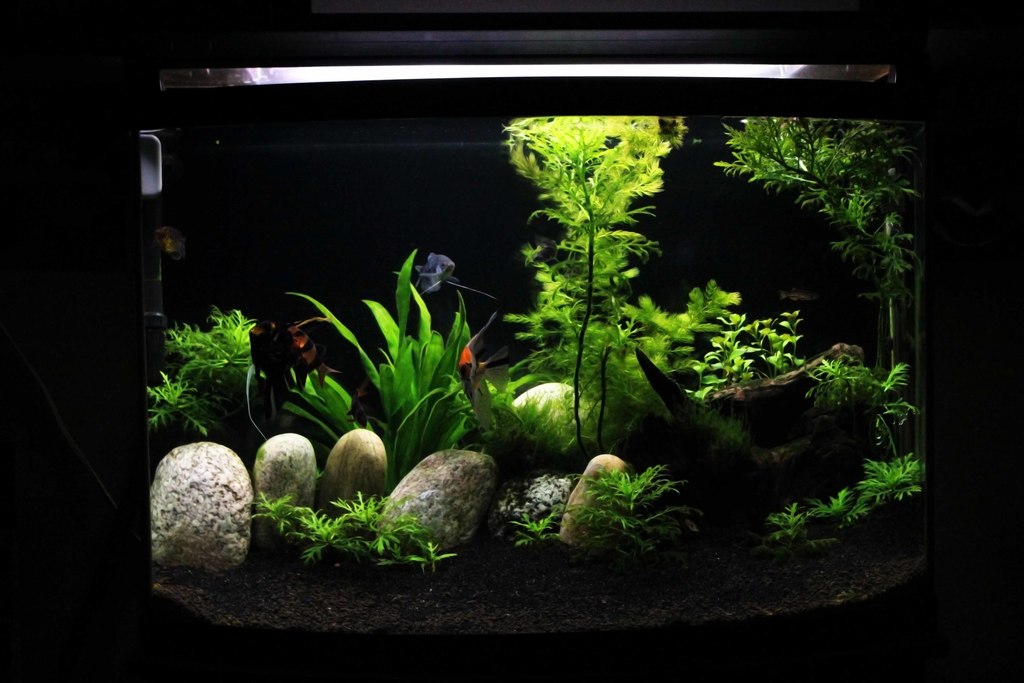 So i want new plants buy idk what kind, look at my tank and my specs and tell me what i should get :)

Hey guys, I originally posted this in the DIY forum but because of all the spam nobody can ever see it so i decided to post it here as well. Anyway I am getting ready to set up a 20 gallon tank (with dirt) that I have just sitting around, and since it has no light with it im going to use some CFL spiral light bulbs because of how cheep and effective they can be. What I want to know is how you guys have done it, show me some pictures, what does your hood…

There is a severe shortage of women aquarists around me. Where are all the girls? The guys are fine and all but, it would be nice to chat it up with another female aquarist with passion and drive for the craft.

I don't know, it seems important to have another girl. I'm in a mainly male dominated craft. It would be nice to hang out online with another woman who 'gets it'. I'd like to email and go, guess what girl, I had three Japanese Trapdoor snails born today, they're beautiful. Or…

There are no photos to share but I wanted to quickly write an entry just to say that watching Australian Rainbowfish grow is a real treat. I love watching their development. I like watching them turn into individuals and establish dominance and rank in the tank. It's a wonderful experience of patience that pays off a thousand fold.

Can I cure Dropsy?

I was looking at my Siamese Fighter and noticed his scales were pointing out!!! Is there any cure for him?? I need help urgently, My Siamese fighter has been with me for 2 years now and I don't want to loose him!

Cory Cats in a dirted tank with sand

Thought my little experience might be helpful to anyone considering a sand cap in a tank with Cory cats.

So about a month ago I decided to change the gravel I had capping the dirt in my 20 gallon in favor of a sand cap. When my cory cats start digging through the sand(which I had intended hence the thickness of my cap) dirt began to lift through. I figured this would probably go away after a few water changes but two weeks later no change. To make a long… Continue

I've been trying to read everything everyone has made available about this subject, but I'm still not really sure which way to go. I'm setting up a 29 Gallon Planted Tank with Dirt. Will a Dual T5 HO 30" Light be too much? I was thinking about this on in particular. http://aquaticlife.com/sites/default/files/specsheets/420143.pdf

I'm seeing an increase in algae hair in my betta tanks. I've got several questions.

2. Is it harmful to the java fern and other plants that are in there?

I looked at my tank this morning and found that some bogwood has some mould looking type thing on it. The wood has been in the tank since november and not had any problems with it.

I recently added a bit more wood to the tank, but its was bonedry when it went in and had also been washed.

I took the wood out and cleaned it up but its back already.

Ive check all my parameters and it all seems to be ok. I clean the tank often while doing at least a 20 - 30 ltr water change.…

I have found Camallanus frikin worms in my tank and theyre annoying as heck theyre currently stiking out of my gold ram's ANUSHOLE and trying to kill off all my fish. im not starting treatments because i dont feel like it but i dont want my fishies to die soo.... idk im going to do water changes and see whats going on

BEST WAY TO CYCLE A TANK ?

I have heard alot of different ways to cycle a tank .Without fish by dropping pieces of food in the tank and letting it break down over time I dont like this method.Fish in method by using guppies letting the fish waste begin the process and risk sacraficing fish because of the spikes ,I surely dont like this method. Chemicals that instantly cycle the tank I love this method LOL but I know it has to have some sort of negative effect ? What about saving half the water from a established tank…

Is There Any Low Carbon Product I Could Purchase/Goo Replacement Or Should I Just Use Two Sponges? I Have A 10-30 Gal Fluval.

Hi all,
So a few weeks ago I "upgraded" my tank light from a single 32W T8 bulb to a four bulb fixture adding to a total of 128 W. it's a 55 gallon tank. The sudden change in lighting caused an algae bloom and I honestly haven't seen great improvements in my plants due to the lighting. I've been converted to dirt for over a month by the way. So I have great substrate and nutrients.

Anyway, I think I'm going to go back to my old light. A single T8 bulb. I think it'll be plenty… Continue