I want to aquascape my aquarium and make a low tech planted tank (23gallons)any tips ?The tank is already set up and I'm planing on using the driftwood and maybe the coconut cave I won't be changing the substrate,I just dislike how to tanks looks I want to get more plants atm I have amazon sword and another type of plant don't know what it's called . Here's the tank http://m.youtube.com/watch?v=owo6HiYuAi0 could anyone maybe tell me what… Continue

the loaches are no more then 4 in…

I just wanted to blog this because I know there has always been a lot of discussion about the use of chemicals in a planted tank killing live plants. I did have a brown algae problem and I bought the product API AlgaeFix as it claims to work without killing the plants. I have to say the product is excellent. I only had to treat my aquarium once and within 3 days it cleared up although I started when I began seeing the algae. Never the less I wanted to give them a shot out because if you have…

I need to know if I have male n female gbr I tried to get male and female (I picked them myself) I've never had any cichlids period... http://m.youtube.com/watch?v=G2mXFEwMxvE

Enjoy the fruits of my labor I used to really enjoy doing different projects with the fish tanks. I was pleased to take in fish from others who needed assistance or to give a fish a home who needed one. But, the last year and a half has been rough, so my thoughts concerning my tanks has changed. I think I'd like to keep a set up without changing it and keep the tanks I have without taking on any projects.  I will let the tanks change naturally of course, but I'm not going to attempt anything… 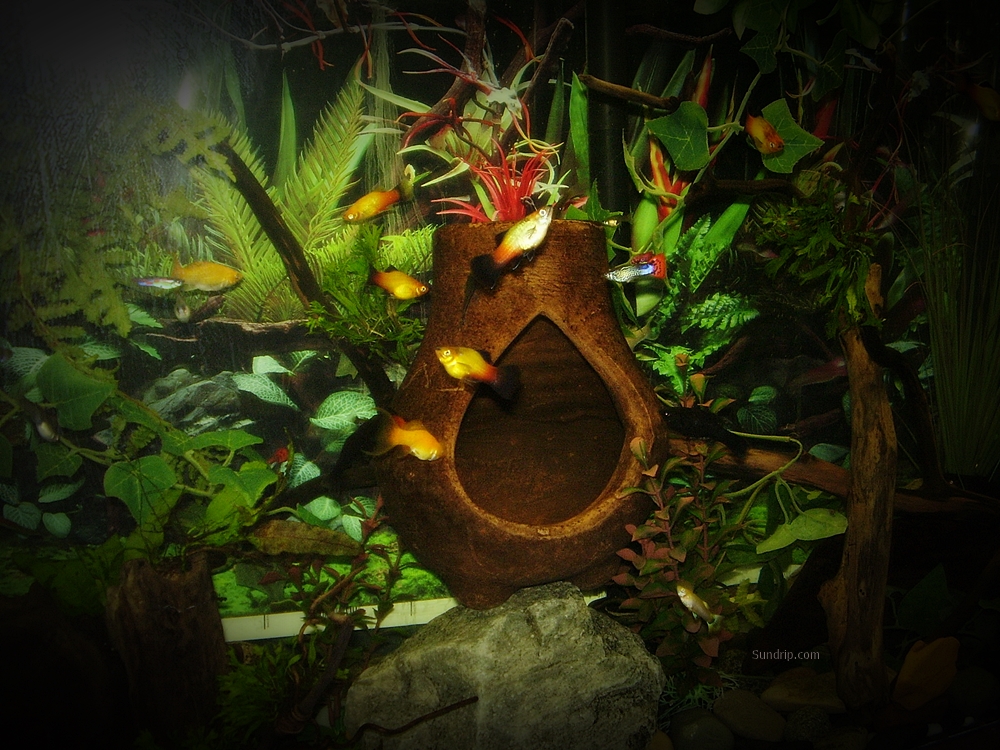 My aquarium has been cycling for about a month and a half and I need stocking ideas please help... I have 2 other tanks a 10 gallon and 20 long but I don't know what to put in my 55 gallon...??

What should I get for my first fish

i have a ten gallon tank with 5 serpae tetras and a acei cichlid dont worry the cichlid is not mean to my tetras and it is not his perminent home he is just in there till i get my buddys 75 gallon done but once he is gone what can i put in my tank i want bottom dwelling fish or a pair of rams but what your opinion on what i should get ?????

Hey Guys Need Some Stocking Advice For The 23 Gallon Gonna Have Live Plants And Real Driftwood I want to add a pair of rams but I'm not sure 1. Because I don't know what species of ram I want (I have a pair of bolivian rams in a 20 gallon) 2.not really sure if I want rams... And I want to add zebra loach or a red tailed shark.So I need some help I want to get a schooling fish (preferably a tight schooler but doesn't have to be) and maybe some more (if I get the shark I won't be getting the rams… Continue

Fish with Bolivian ram and betta

Just became a member & I'm looking for new friends in the hobby. Feel free to request me. -Peace

So I have been wanting to spread out my corals since I bought the nice center piece for my saltwateraquarium but I never had the time or confidence to do so. Well during my last water change I decided to just take some scissors to a couple of my soft corals and tear up some mushrooms and zoos. I have to say it was much easier than I thought!!! I might end up tearing apart all of the piece if everything attaches and does well on their rubble after a few weeks. With that being said I can start…