I have decided I want to change my 55 Gallon to a riparium. If you havent heard of them check them out here(http://www.youtube.com/watch?v=lV8TnMj_E5A&feature=plcp). I think they are awesome and will add something new to a planted tank. I wanted to add a African Butterfly fish but its something Ive never keep before. Ive done a little reasearch and know they will jump and have the potential to glide across the…

I know DIRT is best but am trying to work around it till next year? Time and money +fish issues keep me restrained at this time! I've heard many opinions about ugf's and plants! Since i heard reverse flow powerheads work better,i switched to them along with 2 36" t-5 ho duals,magnum 350 canister,350 bio-wheel hob filters.I'm thinking of going with a…

so came back from a trip to see that my tank was nearly destroyed. after a whole day of fixing cleaning dosing and changing i think my tank is going to survive im buying some duckweed and java moss to eat up more nutrients so no algae can grow and i got some black sand to help keep the plant roots down cuz the fluval stratum is too light. fish are healthy got new clowns and new pleco who are still shy any  advice on getting the pleco to come out more?

Anyone got anything new to talk about????

This site is starting to bore me same stuff every week! Fill me in with some new ideas! Diy stuff is good im always looking to save money!

I am getting married in January, and will be moving out of my parents home. I am terrified about moving my tanks. I have about 5 set up. Ranging from 120 to 10 gallons. I plan on reducing to the 120 and a 55. I really do not want any loss. Some of my rainbowfish are relatively rare, or i have raised from eggs. The 120 (my main display tank) is what i am most worried about. The fish are rather large and it is heavily planted.
So far my plan is to leave the tank set up here, while i set up… Continue

Still Doing Good! Still Breeding!:p (Sorry Guys :( I took it from my iPhone... I Was Busy and didn't have time to use my REAL camera...) 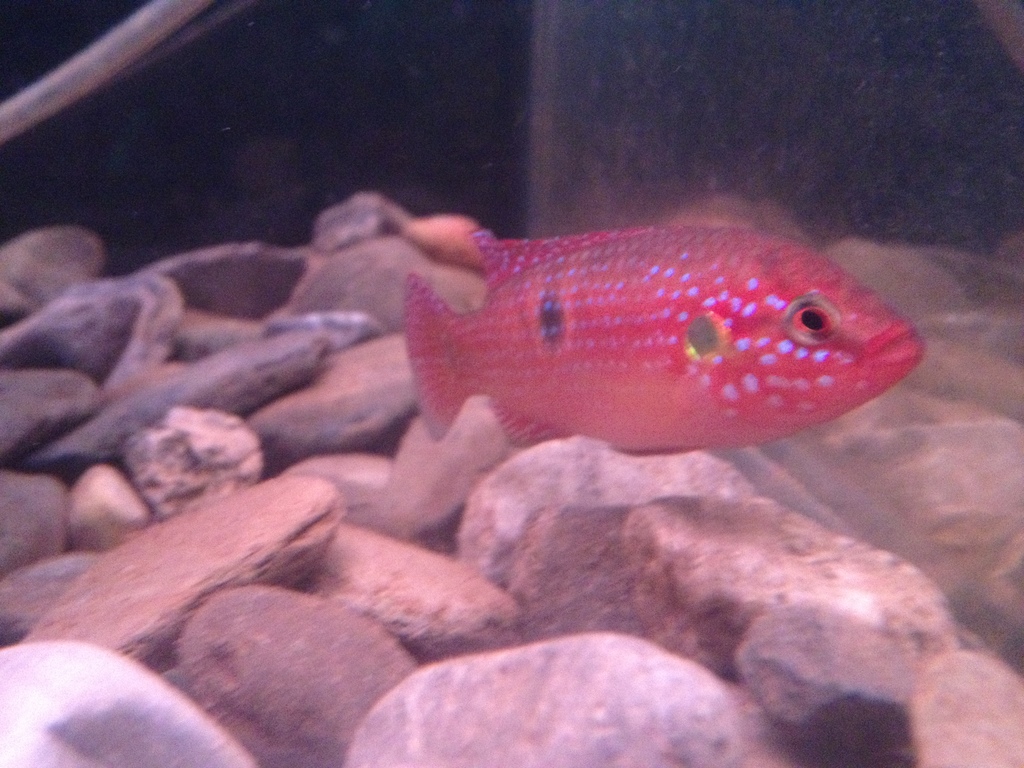 Does anyone know how to sex a Gold Nugget Pleco? L-18 if I recall correctly.

4 Goldfish, 4 Koi, 4 Apple Snails, 3 Zebra Botia, 4 Gouramis, 1 Spotted Raphael.Mostly wrong for a planted, but they dont bother the plants though.

No CO2 added, I guess the fishes bio load handles that. Use of Tetra Flora Pride as directed on bottle. In Trinidad we're limited unlike you guys! Peat moss ,sand, clay in the pots.Lighting 1 13Watts Compact Fluorescent, 12 hours a… Well I've calmed down from my recent upset with CF500 Aquatop filter disaster .  I've ordered me a Fluval 405 canister that should be here in a few days or so .  I'm going to miss the UV sterilizer feature that came with Aquatop's filter ,  but I will at the time I can afford a good sterilizer get one .  I think they are a very good item to use in aquariums .  I have a Fluval 305 already on my 55 gal.…

Well I raved on and on about how good this filter was . And now I'm eating it .  A couple of weeks ago it started loosing it's prime . I would get it set back up and it would run for a day or so . And loose it's prime again .  Well this is about the fourth time I got it restarted and pumping water! Well this time it went for a few days and I noticed that the water level in the aquarium had dropped about maybe two…

i just purcesed a cooling fan and was afraid it wouldnt work, but to my surprise it cooled down from 88 to 84 in 1 day of use...its the zoo med fan i highly recamend this product.

well these discus fry are doing amazing they are standing to get some if their color. They are looking a pinkish color as you can tell.the parents are doing good too. So if anyone has a question they want me to answer about them just comment below and Ill give you an answer.