My fish in there daily lives ( just a sample check out the rest of the pictures in my album) :) What's up guys and gals,

So the other day I found myself talking to my fish, again.  Does anyone ever talk to their fish?  I think my most common is, "Good morning, fishies".  Thought this would be pretty funny to see what people say.  Also, what kinds of personalities have you noticed with your fish and how did they get that way?  (i.e.…

got a new plant water wisteria!!!!!! if anyone knows any tips on how to grow this plz comment. I've finally found a decently priced cree led fixture that is strong enough for planted tanks AND reef tanks.  I cant wait to buy the Cree 120 watt.  Also since i know which bin they are using on this fixture i could buy the LEDs myself and replace as needed (although cree leds last quite a long time)

ps if you buy one do a review…

I need help! All of my plants are in bad shape!

I have a 20 gallon planet tank that has been running for about 8 weeks. It is not a dirted tank. I have water wisteria, an Amazon sword(there another by the right corner but i don't know its name), Mexican oak leaf,rolta india, ludwigia narrow leaf, green cabomba, anubias nana, blyxa japonica and another species i dont know what it is (i used to had rotala macrandra but it all died off). This is my first planted fish tank and now it is not doing well. I had tons of oak leaf in my tank but…

Is there a point when an aquarium is complete?

I was wandering if anyone has had a tank that they just leave alone because everything is perfect and balanced. I set up my first tropical aquarium 7 months ago and basically have been improving everything since. I have a 5 gallon which is great because I only have to trim it and stuff but my other tank is 15 gallons (this is the one i got 7 months ago) and set it up with no experience so when I set up my 5 gallon a few months later I got it what I thought was just right. Over the past two…

This is unrelated to fish. but rip Neil Armstrong

Hey guys if your into live plants then please check out my youtube videos. Any support you guys give ill find a way to give back. Trust me guys there are alor more videos on the way!

Hey people new here and wanting you expert opinions on this, i have a 45 gallon with good filtration and such stock consists of 1 whiptail pleco 1 Raphael cat and my two problems a Jack Dempsey and G…

Hey people new here and wanting you expert opinions on this, i have a 45 gallon with good filtration and such stock consists of 1 whiptail pleco 1 Raphael cat and my two problems a Jack Dempsey and Green terror there not huge or anything yet about 4 inches right now. I only being in this hobby for 3 years and only dealing cichlids for about 1 year realize that a jack and terror will become to big in a matter of a year or so. But thats not my main problem, There incredibly antisocial and hid…

so as the post says il make a video on my channel for 2 more subscribers, tell your fish tank friends that if they have a pleco and they want it to come out to watch my videos and sub :) 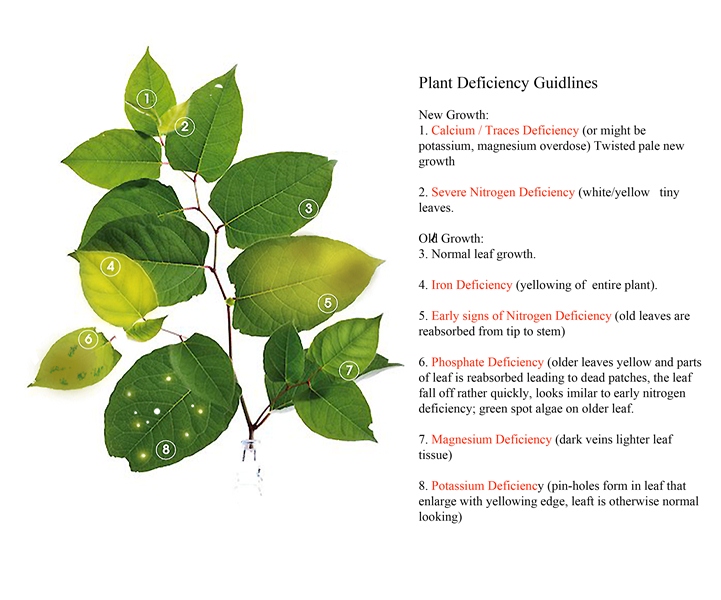 everything is growing back!!!!!

i have been dosing flourish like crazy now and my plants are all growing back! they are the greenest i have ever seen them ever and the algae has like melted off lol. im trying to find some java moss and water sprite and im having the most difficult time ever, where can u buy these in canada!!!!

Not sure what to light with... Sand bottom and want to plant it. It will be an open top. Any ideas?

Shall I get sand or gravel?

Getting a new aquariumn today I may plan to use sand the reson why is I've never tried it before.shall I or shall I continue with gravel. This new aquarium is a jewls rio aquariumn 240liters.4 ft long 16 inch wide and 20 inch high.
Remembre to watch my videos on YouTube just type cam4er

Hey guys and girls im new on here. I also have a new youtube page where i will be making videos quite frequently. Please go check out my videos i have now atleast go watch it. Hope to talk yo some of yall. 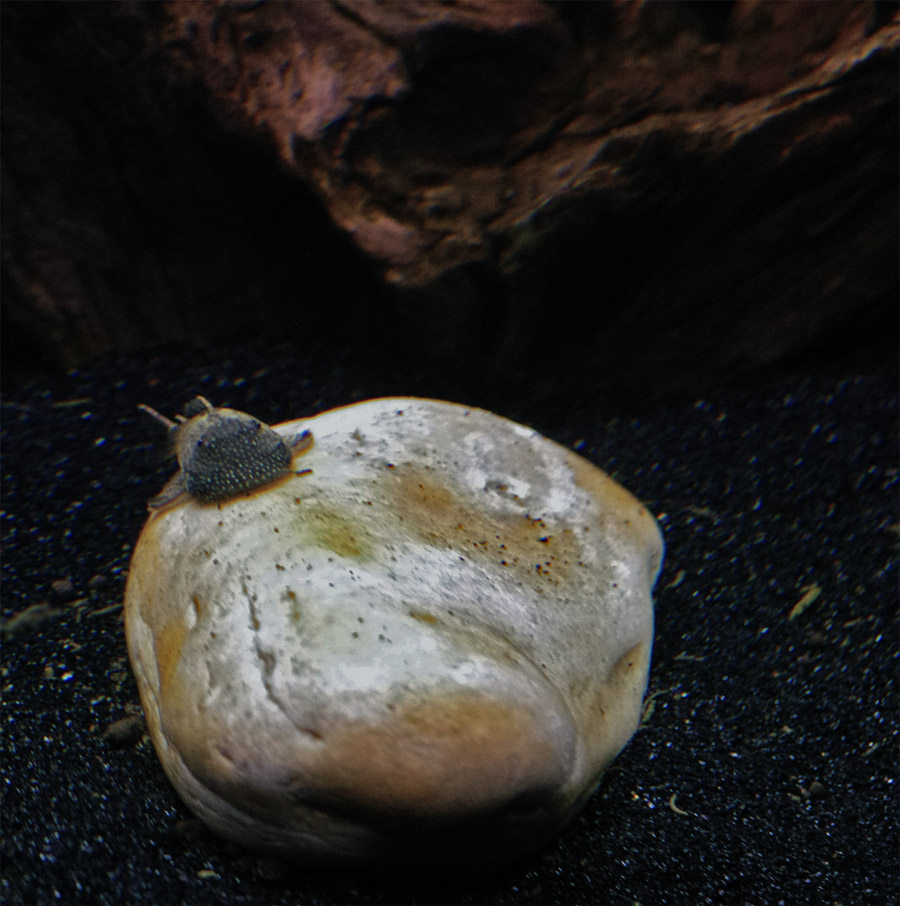 Can anyone tell me how to lower the  PH in my tank, without useing peat or  making my water brown?   I am trying to breed some Scarlet Badis (Dario Dario),in a planted tank. I have an R O systems in my house(I live in Florida with well water, so you don't drink the water).The water is good for the first few hours but then it goes up, mine to about 8.0 or higher. I have tried the tablets and the drops - no change- I don't want to put to much in and kill the fish, so I'm looking for HELP. …

getting rid of spammers that make absolutely no sense?

just thought that maybe if i create a whole new blog post it could catch the webmaster (or whatevers) attention and hopefully get rid of some of these cool bots talking about belts and brand-new hardness.....my fish dont wear belts and i only like them hard when their spawning, so we dont really need the random huge group of words that are your posts.

Found This Box Turtle On The Side Of The Road... He Has One Eye And Three Legs... Im Gonna Donate him to a zoo For Educational Purposes:) 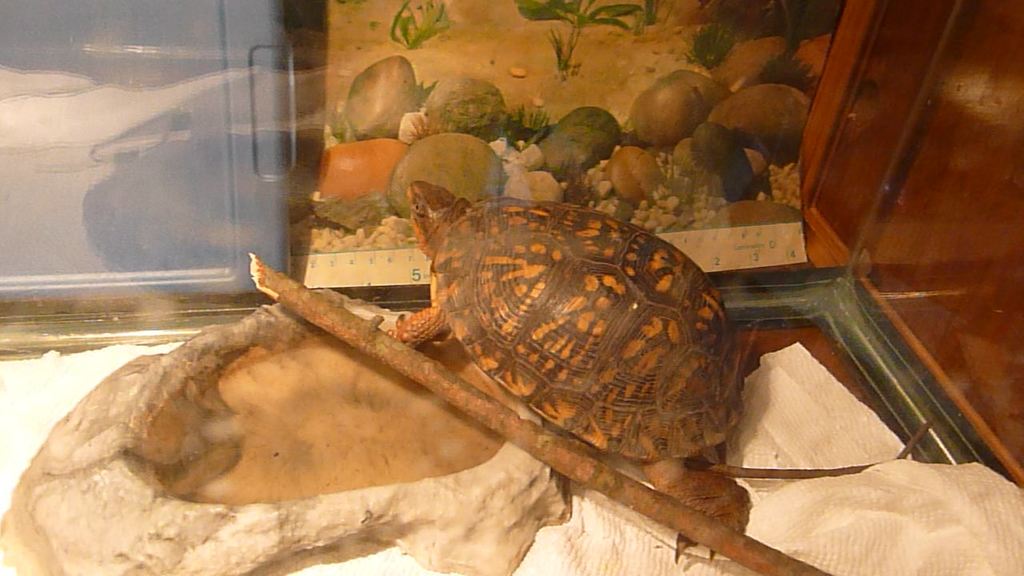 We Finally got the bins in held up by 3"PVC! Still Working On The PVC piping/Plumbing! We have also started working on the intake! we are using 3"PVC pipe for the tubing and a shut-off valve. so far the build has cost around $80 a little bit over of what i hoped to spend but it will be worth it in the long run!…